With more than 75% of UCITS funds distributed all over the world, Luxembourg is a global leader for cross-border distribution of investment funds. At this magnitude, new players have emerged: Management Companies. These companies can market funds using the passport throughout the European Union. Luxembourg hosts nearly 300 of them. All eyes on Management Companies.

What does a Management Company do?

The financial sector supervisory authority in Luxembourg, a.k.a. the CSSF, has to approve any ManCo with a statutory head office in the country. The CSSF will require, among other things, that the ManCo has sufficient financial means to carry out its duties effectively. Company managers also have to justify that they’re fit for the purpose to conduct their functions.

In Luxembourg, the majority of ManCos provide risk management and compliance services. They also do the oversight of the delegates. Central administration (e.g. transfer agent and fund accounting) and reporting are yet delegated to the group or to third parties.

Luxembourg – a hub for Management Companies

Luxembourg hosts nearly 300 ManCos with a UCITS or AIFM licence, or both. Last year, 20 new ManCos were created. In 2016, they confirmed their rise with a growth of 7%, according to our 2017 ManCo Index. 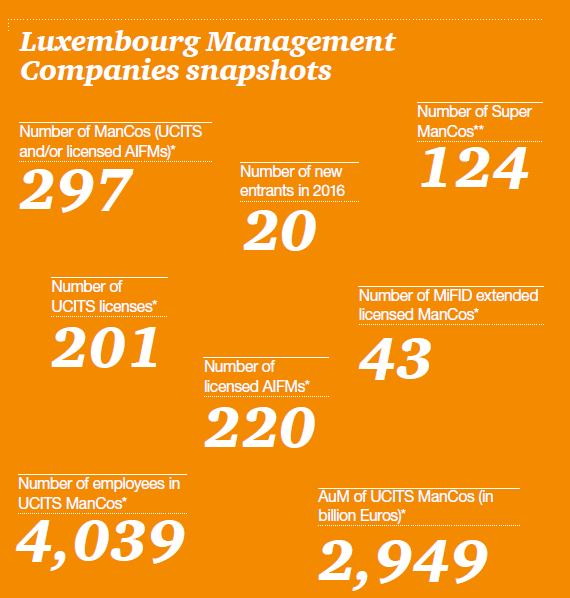 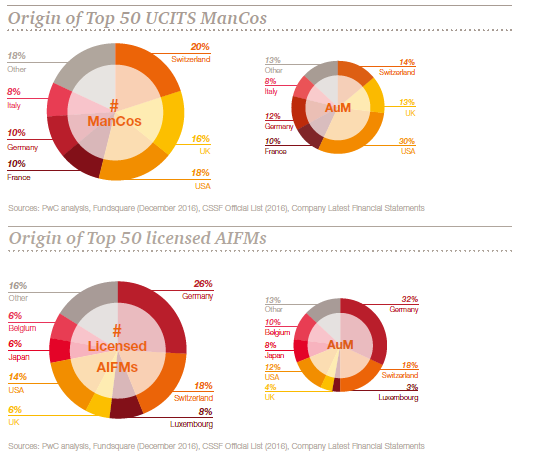 Discover our series of podcasts dedicated to ManCos in Luxembourg.