One day, robots will socialise with people. One day, we’ll be able to successfully teleport into a different city, country and continent. One day, we’ll have nanobots running in our bloodstream that will allow us never to get sick again.

Do you think it’s impossible? While we might have a century or two to go before we reach these technological inventions, the truth is emerging technologies will, sooner or later, change what we do, how we do it, even what we are.

Think about how things were in the 90s: Slow and heavy computers, short-memory floppy disks, brick-like cell phones, slow internet, the list goes on and on. Now, we think: “why type when I can use voice assistance?”, or “why build objects if we can just use a 3D printer?”.

Last decade’s sci-fi movie inventions become this new decades’ reality, as the limits of technology are our own creativity and imagination. It’s an opportunity for leaders and businesses to herald the arrival of new tools that can enhance products, services, user experience while contributing for a more sustainable future. As Alex Steffen, an American futurist wisely said: “We already have many of the technologies and tools that we need to build a sustainable future”.

These emerging technologies aren’t without their challenges, however. Leaders and experts have the responsibility not only to come up with new ways of using these technologies, but also to participate in the ongoing dialog regarding the development of new ways of thinking and the best and wisest uses of such potential.

That’s what we attempted to do with our podcast, PwC TechTalk, gathering experts that understand both the benefits and the challenges of these emerging technologies and how we can use them to make a possible impact in society and the world.

The third season of our podcast TechTalk deep dived into the adventures of the Essential Eight, core technologies that will matter most for business, across every industry, over the next three to five years. We have selected eight particular episodes that explore these technologies and where experts both our company or out explain why we should watch out for them.

Eight podcasts on emerging technologies you should listen to 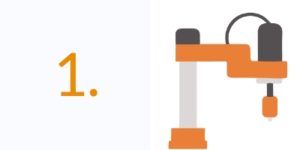 How far can we go with 3D printing

Original name: The One on 3D printing

What really is 3D Printing? Can you 3D print food? Will there be a 4D printing one day? What are the challenges of 3D printing? If you don’t know all the answers to these questions, this episode is for you! 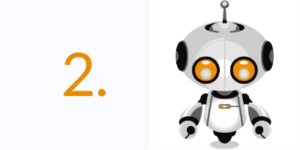 Me Human, you Robot

Featuring: Miguel Olivares Mendez — Head of the Space Robotics Research Group at the University of Luxembourg.

Original name: The One on Robotics

While robots might make our lives easier, robotics also shows promise not only on Earth but in space as well. But how? 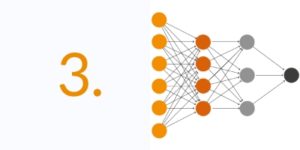 Back to the past and future of blockchain

Original name: The One on Blockchain, its past and future

When did blockchain become a thing? Where does it stand and most importantly, where is it going? You can get all the answers by listening to this particular blockchain expert! 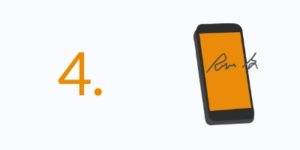 E-Signature is entering the building

Original name: The One on E-Signature

Electronic signature is a technology that is being rapidly adopted around the world, especially in the wake of the #Covid19 pandemic. How can it be used and what will the future bring for it? 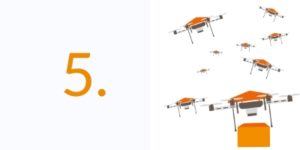 Featuring: Jose Luis Sanchez Lopez — Head of the Aerial Robotics Lab at the University of Luxembourg.

Original name: The One on Drones

Drones are a constant,  “buzzing” topic. But how exactly is it revolutionising the various industries? You can always listen and find out! 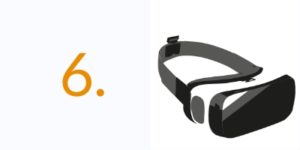 Getting real with AR and VR

Original name: The One where we get real about AR and VR

This episode deep dives into the (sur)real world of virtual and augmented Reality, where (almost) anything is possible. Or is it?

Shining a light on the Internet of Things

Featuring: Amal Tawakuli — Doctoral researcher at the University of Luxembourg.

Original name: The One on the Internet of Things

This episode, the winner of the 2019 Zonta Women in Technology Scholarship takes you on an insightful journey through the fast-growing technology of the Internet of Things. Admit it, you’re a little bit curious! 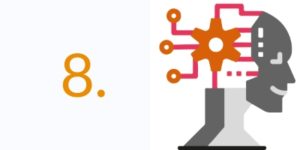 Responsible AI aka how to avoid a paperclips apocalypse

Original name: The One on AI, paperclips and ethics

Why does artificial intelligence need to learn ethics so we can avoid a paperclips apocalypse? The CEO of LIST sheds a light on the matter!

Emerging technologies are those that haven’t fully reached market acceptance or haven’t been recognised yet.
While it’s a challenge to anticipate where and when exactly they’ll play an important role, they’ll open the door to unlimited opportunities both for businesses and consumers. The challenge of these emerging techs will be to deal with the rapid rate of adoption, which nowadays can go from a week to a year. Just look at the internet’s adoption speed or even Facebook even before mobile technology came along. To add to the complexity, those technologies can be combined to catalyse their possibilities (e.g. a 3d printed drone capturing data thanks to onboard IOT sensors that will feed in real time an AI in the cloud thanks to 5G to generate an AR animation displayed in the windshield of a driver). The next important step is to learn how to regulate these somehow disruptive technologies and all the doors they will and might open.Time is running out and regulations need to be put in place before the word “emerging” evaporates or our future might go from bright to very dark.