Private Equity (PE) continues to be the rising star of alternative investment strategies. Fund-raising statistics show nothing but positive results and the deals market remains very active. Although PE players will be expected to navigate through various regulatory and market changes in the next year, the outlook promises to be positive for those who are quick  to adjust to a new operating and economic environment.

Globally, the PE market is in good shape. Fundraising remains strong with USD 253bn in the first three quarters of 2016. The number of PE funds continued to grow with 1,807 funds in the market at the beginning of Q4 2016[1].

In addition, dry powder[2] increased by 13% reaching USD 839bn in the same period and private equity is expected to represent half (USD 6.5tn) of the alternative market, likely to reach USD13.6tn by 2020. 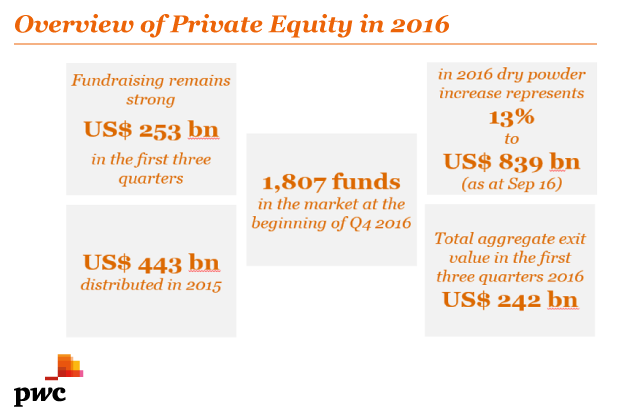 Although, the business model of private equity remains valid and numbers are showing a positive performance, the legal and operational structure of private equity funds has come under pressure, especially in Europe.

BEPS and ATAD are adding new rules to the game

The OECD’s BEPS recommendations, and the EU’s anti-tax avoidance directive (ATAD) measures implementing these with effect from 2019, have provided more clarity on acceptable tax planning practices. Critically, tax authorities globally will continue to increase focus on the substance, beneficial ownership and commercial rationale of investment holding structures, aiming to weed out tax treaty or EU Directive shopping. We expect PE players to review and assess their existing structures and tax optimisation strategies, to see where these need to be refined to keep pace with all these developments, and related national law or tax treaty changes coming before 2019.

The economic impact of Brexit is uncertain

The Brexit referendum has also given rise to uncertainty and opportunity in the PE market. The consequences are difficult to predict – e.g. currency fluctuations and asset valuations, legal framework, access to European arrangements such as directives, regulations and treaties- and the impact of Brexit on the UK and the EU member states can only be fully assessed after the negotiations have been finalised. Some PE players are waiting and seeing, while others (driven by investor concerns on stability and preference for certainty) are setting up new funds in alternative jurisdictions such as Luxembourg, which is experiencing a continued growth in the number of Special Limited Partnership (Lux SCSps). 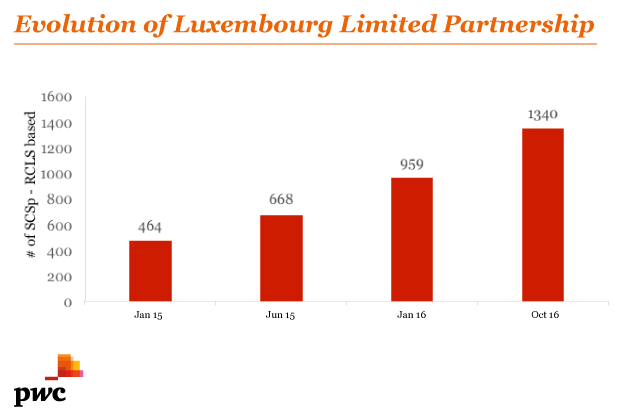 There is also growing investor preference for regulated funds, and this is an opportune time for the introduction of the Reserved Alternative Investment Fund (RAIF) regime in Luxembourg.

The RAIF is already witnessing a steady growth despite its recent introduction, as it is a flexible, multipurpose alternative investment fund that can be marketed quickly and is regulated through its relevant manager, under the Alternative Investment Fund Manager Directive (AIFMD). This vehicle was introduced so that a double layer of regulation can be avoided, i.e. regulation is only applicable at the AIFM level, and regulation is not required at the level of the fund. Being managed by an authorised and fully licensed EU-based AIFM, the RAIF will benefit from all EU AIFMs’ passporting advantages through a regulator-to-regulator notification regime.

Consequently, the RAIF’s units/shares and interests can be distributed by way of the marketing passport across Europe to professional investors, representing a fresh opportunity for PE fund managers to diversify their current fund raising strategies. 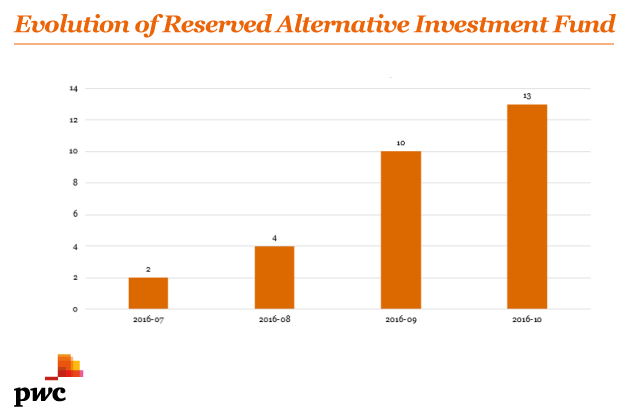 PE players will also need to focus on the environmental, social and governance (ESG) agenda as investors increasingly place more priority on governance of sustainability issues, board level responsibility, anti-bribery and corruption policies and business ethics and conduct. Based on a recent study conducted by Preqin, 86% of investors polled considered ESG policies when looking to commit to a fund. Notwithstanding this, numerous stakeholder groups are increasingly interested in a private equity firm’s ESG activities (e.g. public, regulators/ governments, employees, the media and interest groups); and there are growing expectations for more transparency and accountability. As is, some PE players are publicising their ESG positions on their websites and/or using public ESG reporting to differentiate themselves from their peers.

In summary, the PE industry has performed well and despite the regulatory and market developments that loom ahead, the future looks bright for PE players who are able to flex with the inevitable winds of change.

[2] Dry powder refers to marketable securities that are highly liquid and considered cash-like. It also refers to cash reserves kept on hand to cover future obligations or purchase assets.