Women are more successful than men in crowdfunding. In 2015 and 2016, campaigns led by women were 32% more successful than those led by men, across many sectors, countries and cultures. Is crowdfunding the shortcut women entrepreneurs needed to access finance and bypass traditional mechanisms and their deep-rooted bias? What’s the secret of their success? Check the results of our Women unbound: unleashing female entrepreneurial potential survey. 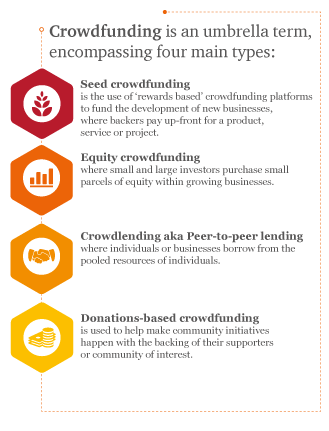 Women-led businesses still face endemic barriers to accessing finance through established funding mechanisms. If we look at the venture capital industry, just 7% of the partners of the top 100 firms globally are women. In addition, of 2,300 venture and micro-venture firms, only 8% of partners are female. The lack of women among decision-makers in the industry is, however, not the only reason for their limited access to finance. There’s also a widespread perception that women-led businesses are less likely to provide a return or are riskier to invest in.

As a result, over 70% of women-owned small and medium enterprises have inadequate or no access to financial services, according to the World Bank. If in the traditional arena, the ‘grey suit factor’ has substantial influence in decision making, on crowdfunding platforms the decision belongs entirely to the market itself. No wonder so many women chose to bypass conventional funding sources and finance their startups or projects online.

One of the game-changing effects of crowdfunding is how it balances demand with supply. Not only does crowdfunding provide opportunities to entrepreneurs, it gives opportunities for ordinary buyers of products and services to collectively become the equivalent of ‘mini-VCs’.

What makes women better at crowdfunding?

The analysis of 450,000 seed crowdfunding campaigns across the globe shows that 22% of campaigns led by women reached their target, compared to 17% of those led by men. This analysis also shows that while yes, women more often set lower financial targets, globally female-led projects achieve a greater average pledge amount than male-led projects: on average each individual backer contributes USD 87 to women compared with USD 83 to men. 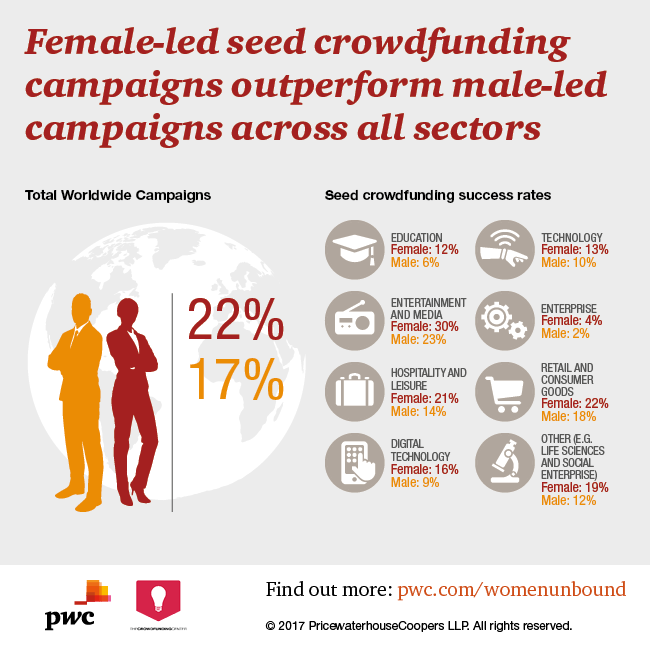 Crowdfunding is fundamentally about communication and stories. It’s about persuading a crowd of people to come on a journey with you. Female crowdfunders tend to use more emotional and inclusive language in their videos and pitch descriptions than men. They’re also more skilled in the use of social media and networking, so they find it easier to build relationships and inspire confidence. The crowd also presents a greater male reach, and male investors with a greater openness to gender equality are shown to be more likely to invest in female-led projects.

The question is, however: how sustainable are crowdfunded businesses? According to Kickstarter, one of the main crowdfunding platforms, the failure rates are around 9%. This figure compares favourably with rates of failure in traditional innovative businesses, venture capital and start-ups.

Women’s success in crowdfunding could be a signal for investors and societies: supporting women-led businesses has the potential to deliver very high returns. It could boost economic growth in emerging markets and raise women’s participation in the labour force.